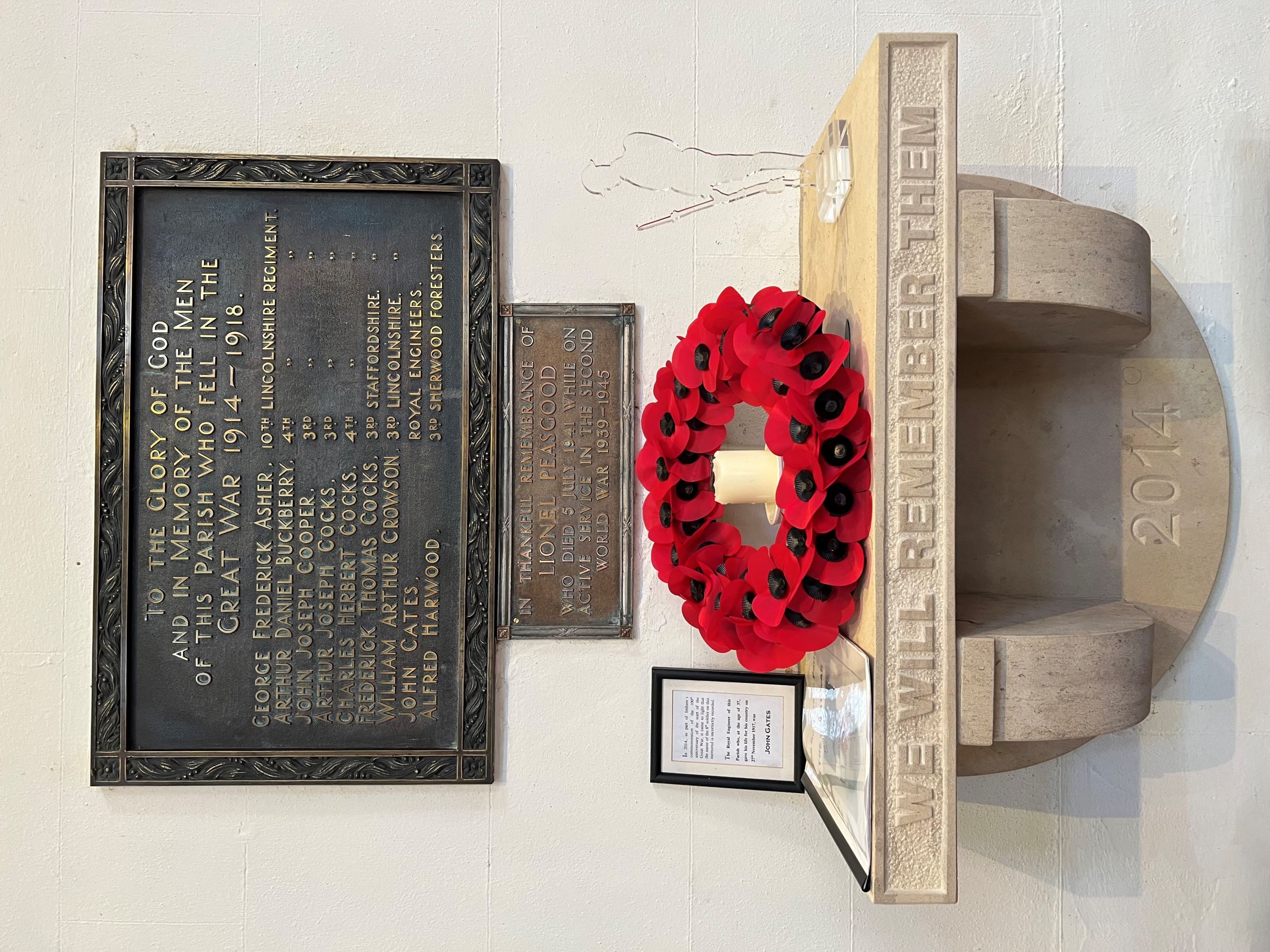 This page is dedicated to the memory of the men of this Parish who gave their lives in the Great War, 1914-1918.

The photograph shows the War Memorial on the south wall of the nave in St. Andrew's Church.
To mark 100 years since the beginning of the Great War this new memorial was installed in 2014.